The Garcia family moved to this property 34 years ago. It was a cattle farm prior to their ownership and they continued with that as a source of income. At the same time, they were beginning to develop the farm and grew beans, rice, and corn. The family members are Isidro (Father), Arabela (Mother), Yerlin (Sister), Marcos, Gaby (Sister), Carol (Sister). Yerlin and Gaby no longer live on the farm, but visit occasionally. 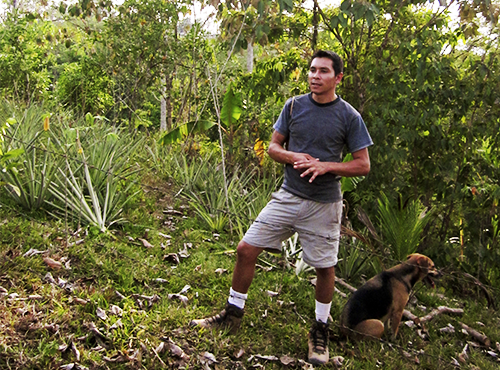 Marcos García Guzman, born and raised in Mastatal, Costa Rica, established Finca  Siempre Verde as a way to share his experiences and techniques in sustainable building and organic farming with his local and global community.

Marcos’ knowledge of the environment springs from his lifelong experience working in the local forests and farms and is grounded in courses he has taken in ecology, agriculture, and organic farming. Since 2002, Marcos has been teaching individual and group Spanish lessons to people from countries around the world, including the United States, England, Germany, Canada and Switzerland.

After graduating from secondary school in 2001, Marcos was unable to continue his studies due to economic constraints.

In 2003, a course in construction was offered for ten people in Mastatal to build the Mastatal Community Center. Marcos decided to take the course and received a certificate in carpentry at the end of 2003.

At the end of that year, Marcos started studying teaching English as a second language at the International University of the Americas (U.I.A.). In 2004, he was able to get a job as a primary school English teacher, where he worked for one year. He decided to return to Mastatal in 2005 to found Finca Siempre Verde.

Today, Marcos is a volunteer guide and caretaker for Costa Rica’s National Park Service in La Cangreja National Park. Marcos is a sincere and knowledgeable teacher and naturalist who will inspire you to fully experience the natural and cultural wonders of rural Costa Rica. In previous years, he has been a part of the local government of Mastatal.

Marcos also works as a guide for the company Tropical Adventures in Education (TAE). Through TAE, he guides large groups of university students from the U.S. through different areas of Costa Rica. These groups vary in their focus, from biology, wildlife, and sustainability to culture and community service.

Isidro Garcia was born and raised in a town neighboring Mastatal, called Consepcion… He is one of twelve brothers and has one sister. He was raised growing and planting food with his father, similar to families in Mastatal. In 1977, he met his future wife, Arabela, and they lived in Con. until 1979. In 1979, they were married and decided to live in Mastatal, where they raised their four children, Yerlin, Marcos, Gabriela, and Carol. Now he has two grandchildren as well. Since living in Mastatal, Isidro continued to grow his own food and worked as a cattle rancher. Today, he just works with his cattle. He is very active, waking up at 5 am every morning, riding his horse, and going to see his cattle everyday. It is very typical to see him riding one of his five horses. 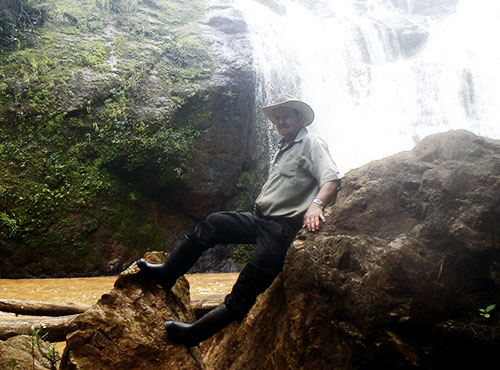 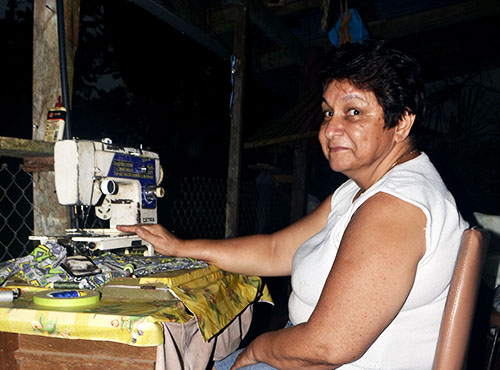 Arabela was born in San Vicente, a town similar to Consepcion. She is one of five sisters and has five brothers. She was able to attend primary school. The typical way to live and grow up was to help her mom with things at home, like cleaning and laundry. She was raised with great values that she still follows today, which is why she is the minister at the Catholic Church in Mastatal. Coincidentally, her and Isidro ended up living between the two towns they grew up in. On a typical day, you would see her milking 2 or 3 cows early in the morning, cooking her family delicious meals, making cheese, and at her sewing machine in the afternoons.

Carol is the youngest of the four siblings. She finished secondary school in 2011. She has started at a university and is studying administration. At this time, Carol is in charge of the kitchen at the farm so she prepares the three main meals, a very important role at Finca Siempre Verde. In addition, she also makes beautiful jewelry with local seeds. Carol was also a leader in the community by working in the local government for two years. 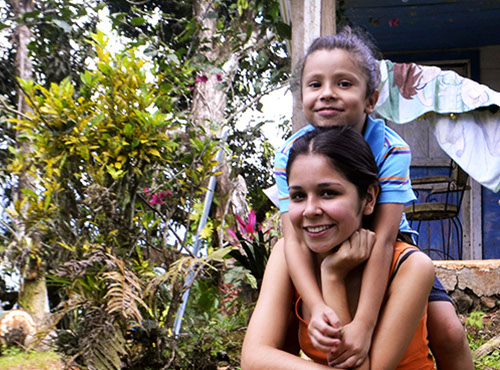